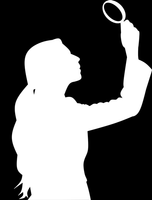 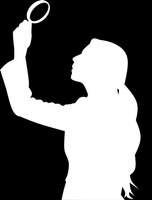 The Beyond the Page Bookstore Mystery series 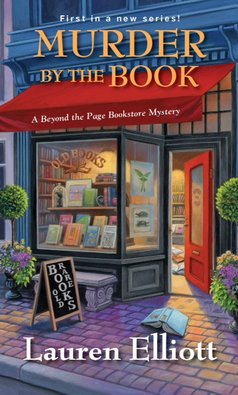 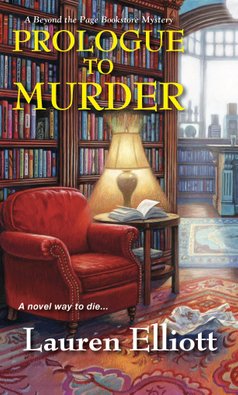 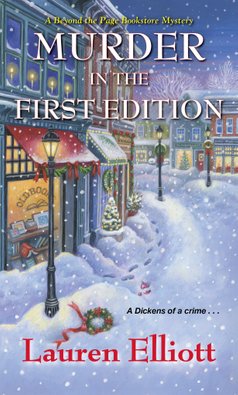 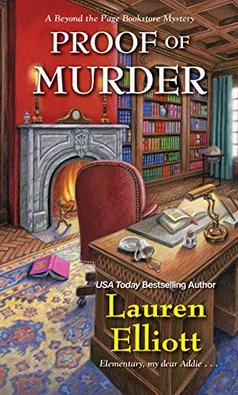 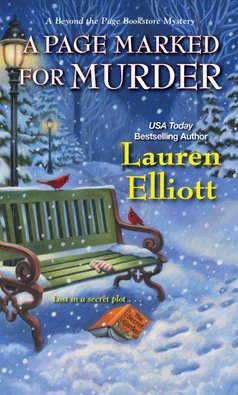 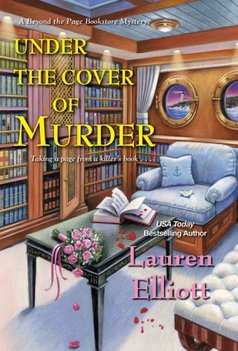 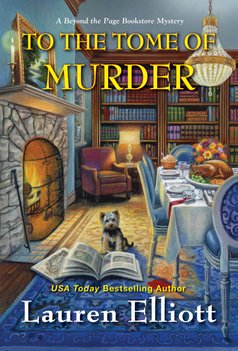 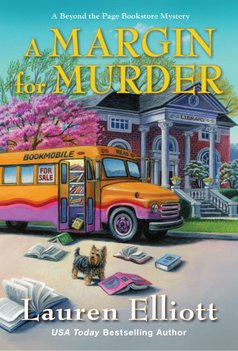 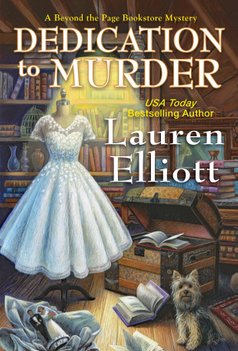 Murder by the Book by Lauren Elliott

Addie Greyborne loved working with rare books at the Boston Public Library—she even got to play detective, tracking down clues about mysterious old volumes. But she didn’t expect her sleuthing skills to come in so handy in a little seaside town . . .

Addie left some painful memories behind in the big city, including the unsolved murder of her fiancé and her father’s fatal car accident. After an unexpected inheritance from a great aunt, she’s moved to a small New England town founded by her ancestors back in colonial times—and living in spacious Greyborne Manor, on a hilltop overlooking the harbor. Best of all, her aunt also left her countless first editions and other treasures—providing an inventory to start her own store.

But there’s trouble from day one, and not just from the grumpy woman who runs the bakery next door. A car nearly runs Addie down. Someone steals a copy of Alice in Wonderland. Then, Addie’s friend Serena, who owns a nearby tea shop, is arrested—for killing another local merchant. The police seem pretty sure they’ve got the story in hand, but Addie’s not going to let them close the book on this case without a fight …

Prologue to Murder by Lauren Elliott

After a career working with rare books at the Boston Public Library, Addie Greyborne is back in her seaside New England hometown—where unfortunately, murder is not so rare . . .

Gossip columnists love a bold-faced name—but “Miss Newsy” at Greyborne Harbor’s local paper seems to specialize in bald-faced lies. She’s pointed a finger of suspicion at Addie after librarian June Winslow never makes it home from a book club meeting. And when June’s found at the bottom of a steep flight of stairs, Addie’s not only dealing with a busybody, but a dead body.

It’s a good thing the guy she’s dating is the police chief. But both the case and her love life get more complicated when a lanky blonde reporter from Los Angeles shows up. She’s trying her hardest to drive a wedge between the couple . . . as if Addie doesn’t have enough problems dealing with angry townspeople. Despite all the rumors, Addie doesn’t know a thing about the murder—but she plans to find out. And the key may lie in a book about pirate legends that June published. Now she just has to hunt down the clues before she becomes a buried treasure herself . . .

Murder in the First Edition by Lauren Elliott

Addie Greyborne is preparing for the holidays at her bookstore in seaside New England—but a winter storm is coming, in more ways than one . . .

Addie’s getting into the spirit for the upcoming Charity Auction—especially since she’s got an 1843 copy of Charles Dickens’s A Christmas Carol to donate. Her former colleagues at the Boston Public Library have confirmed that its worth runs toward the high five figures, which should help with the new pediatric wing. Her mood darkens, though, when a visitor from the past appears—Jonathan Hemingway, the father of her late fiancé. His presence stirs up sad memories for Addie, but also has her fuming when Jonathan, true to his womanizing ways, runs off for a lunchtime liaison with Teresa Lang, who’s in charge of the auction.

Soon after, Addie heads to Teresa’s office at the hospital—and finds the poor woman’s dead body. What she doesn’t find is her valuable first edition. What sort of Scrooge would steal from sick children and commit murder in the process? As a Nor’easter bears down and a mystery emerges about Jonathan’s past, Addie must find out if she can appraise people’s motives and characters as well as she can appraise rare books . . .

Proof of Murder by Lauren Elliott

The seaside New England town of Greyborne Harbor is home to many grand estates, including the Queen Anne Victorian Addie inherited from her great aunt. Now one of those mansions is holding an estate sale, which is just what the bookshop owner needs to replenish her supply of rare editions—even if the house is rumored to be haunted. Assisting an overwhelmed insurance appraiser with the inventory, Addie discovers an 1887 magazine containing Arthur Conan Doyle's first Sherlock Holmes novel, A Study in Scarlet, which she estimates to be worth over one hundred and fifty thousand dollars.

But when Addie later finds the appraiser dead in the estate's private library, with the door bolted from the inside, and the priceless edition missing, it's a mystery worthy of the Great Detective himself. She's certain the death and the robbery are connected—but who, other than a ghost who can walk through walls, could have gotten in to do the deed? It's up to Addie to find the key to the crime—before she's the next one cornered by a killer . . .

A Page Marked for Murder by Lauren Elliott

A murder and a missing book have Addie Greyborne running around her Massachusetts town trying to read the clues . . .

January isn’t the season for the seaside, but the big Fire and Ice festival is keeping bookstore owner Addie busy. Amid the plans for a fireworks display and an ice-carving competition, she’s also dog sitting for a friend in the hospital. When Addie goes to her friend’s house to gather supplies, she notices an interesting item on the nightstand which belongs to her shop assistant, Paige: a very valuable copy of the beloved children’s book The Secret Garden.

But Addie’s blood runs cold when she finds something else: a dead body behind the bakery next door to her shop. Martha, the bakery owner, has no alibi—and has been seen in a heated argument with the victim. And the next thing Addie knows, that first edition has gone missing. Is there a connection between the body and the treasured tome? If there is, it’s up to Addie to find a killer with a motive as hidden as Frances Hodgson Burnett’s famous garden . . .

Under the Cover of Murder by Lauren Elliott

Bookshop owner and maid of honor Addie Greyborne vows to catch the killer who crashed her best friend’s wedding . . .

It promises to be Greyborne Harbor’s wedding of the year. The impending nuptials of Serena Chandler and Zach Ludlow will take place aboard his family’s luxurious super-yacht, currently moored in the harbor and the talk of the town. But on the day of the wedding, a man’s body washes up on the beach with no ID, only a torn page from a book in his pocket. As owner of Beyond the Page Books and Curios, bibliophile Addie is called in to identify the book, but she cannot.

The morning following the extravagant ceremony, a second body washes ashore and Addie has a sinking feeling that the two deaths are connected. While the guests are held on the yacht as the police investigate, at least Addie can peruse Zach’s father’s rare books library on board. A copy of Agatha Christie’s first Hercule Poirot novel, The Mysterious Affair at Styles, provides a clue that the killer may still be on the ship—but narrowing down the suspects without becoming the next victim may prove a truly Herculean task . . .

To the Tome of Murder by Lauren Elliott

Three weeks before Thanksgiving, bookshop owner Addie Greyborne already has a full plate—and a killer on her case . . .

Addie’s determined to turn a seemingly ordinary November in coastal Greyborne Harbor into one for the books. The windows of her shop display carefully curated works by American writers, including a rare selection of traditional holiday recipes from the influential 19th-century publication Godey’s Ladies Magazine. And then there’s the town’s Civil War-era themed cooking and baking competition, with a hefty cash prize and free publicity going to the winning dish . . .

But when she finds her cousin’s boyfriend murdered, a stunned Addie reluctantly realizes she may be the only person who can blow the cover off a grisly crime. With so many unanswered questions surrounding the victim’s death, Addie must figure out the strange connection between a mysterious vintage briefcase, the disappearance of a first edition copy of Sarah Josepha Hale’s famous nursery rhyme, “Mary Had a Little Lamb,” and a dangerously well-read culprit . . .

A Margin for Murder by Lauren Elliott

Bookshop owner Addie Greyborne must put the brakes on a killer after a death occurs behind the wheel of a bookmobile . . .

Addie leaves her Greyborne Harbor bookstore, Beyond the Page Books and Curios, in the capable hands of her assistant while she travels to the neighboring town of Pen Hollow to attend a book sale at a library that is closing due to lack of funding. But the real find is a bookmobile bus, which she’s excited to refit as a traveling bookstore to hit all the summer festivals. The bookmobile also holds a surprising treasure: several classic first editions and an early edition of Robert Louis Stevenson’s A Child’s Garden of Verses.

But before the bookmobile can be delivered to Addie, a fatal car crash occurs. When an autopsy reveals poison in the victim’s system and the first editions go missing, it’s up to Addie to determine what would drive someone to murder. If she’s not careful, however, she may be the next one to be dead on arrival . . .

Dedication to Murder by Lauren Elliott 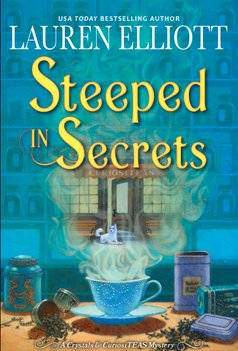 Steeped in Secrets by Lauren Elliott

Flat broke and divorced, intuitive gemologist Shay Myers has changed since leaving her artsy hometown of coastal Bray Harbor sixteen years ago. But when she moves back under strange circumstances, old instincts may be the only key to spilling the tea on a deadly mystery.

Even with her life in ruins in New Mexico, Shay feels uneasy about settling into the small seaside town where she grew up on California’s Monterey Peninsula and taking over an estate bequeathed to her by Bridget Early, a woman she had barely known. Her heightened senses—an empathic gift she’s had since childhood—go into overdrive upon touring Crystals & CuriosiTEAS, Bridget’s eclectic tea and psychic shop brimming with Irish lore and Celtic symbols. They reach a boiling point when Shay looks up to discover a stranger’s body sprawled across the shop’s greenhouse roof . . .

With her new business a crime scene and questions brewing over Bridget’s so-called accidental death, Shay fears she’s also inherited the attention of a killer. The terrifying realization sets her on an impractical investigation for answers aided by her sister, an elusive pure-white German Shepherd, a strikingly handsome pub owner who speaks in a gentle brogue, and a misunderstood young woman with perceptive talents of her own. As Shay struggles to figure out her true purpose in Bray Harbor and the powerful connection she has with the tea shop, she must trust her judgment above all else to identify a ruthless murderer and save herself from becoming victim number three.